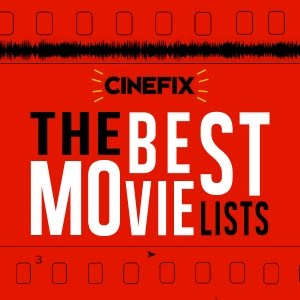 It’s that time of year again.  Just about every breathing critic and armchair pundit on the planet is busy posting his or her best of and worst of lists for the year 2015.  Films, songs, books, colleges and hamburgers, they will all be fastidiously analyzed and ranked for their loyal followers, assuring their readers of yet another stress-free year of winning choices.  And that’s the way we like it – everything neatly wrapped and tied together; no loose ends.  After all, who wants to risk disappointment by experimenting with some new cologne before it has been formally reviewed and approved?

There is literally no limit to what has been rated and catalogued this past year.  Let me share some of the more original ones that I found rather intriguing.  First up is The Atlantic’s site which thoughtfully posted a list of “The Best of 2015’s Best of Lists.”  Now, how considerate is that? – A list of the best of lists.  What are some of this year’s honourable mentions?  How about, Best Book Covers of 2015, or, Fifteen Weirdest and Wildest Art Stories of 2015?  My personal favourite is Sixteen of the Best Jeopardy, Family Feud, and Wheel of Fortune Moments of 2015.  Imagine, all sixteen at your fingertips, eliminating any need to wade through hours of mediocre programming.

Perhaps, you fancy something a little bit more quirky.  You might consider glancing over this year’s list of Best Credit Cards – I already checked, none of mine made the cut.  For the political buffs there is the 12 Best Donald Trump Stories From 2015 – if you count yourself in that group, then you might even want to bookmark this one for posterity in the event that he loses the Republican nomination.  In case you are actually gainfully employed and pressed for spare time for this sort of investigative surfing, then you are in luck – The Best of Everything of 2015 should be all you really need to start the year off on the right foot.

But, don’t be misled.  These lists can be a tricky sort of business.  Case in point:  According to the National Journal, the state of American health is rated simultaneously as both the best and the worst in the world.  Huh?  If that isn’t confusing enough, Fox 2 reports that the U.S. is the best country to live in for health care, but, it is also the only western country to register “high levels of state-sponsored political violence.”  I don’t even know what that means.  My guess is that Americans who can afford good health care will probably live a long and healthy life provided that they never venture beyond their front doors.

Shocking as this may sound, there are occasions when critics miss the mark, and by no small margin, mind you.  Take the films, The Shining and A Clockwork Orange by Stanley Kubrick, as well as Vertigo and Psycho, by Alfred Hitchcock – popular classics that were all panned or less-than enthusiastically received when they were originally released.  How about the cult classics, Fight Club, Blade Runner, The Good, The Bad, and The Ugly, and, are you ready for this? The Big Lebowski!  All of these gems were widely considered duds, destined for the dustbin.  And I rest my case with The Rocky Horror Picture Show, a box-office flop when it opened; it now holds the all-time record for the longest running movie in continuous theatrical releases.

Hold on, I am not finished.  Consider these novels that are the mainstays of so many high school curriculums where reading is still encouraged.  John Steinbeck’s, The Grapes of Wrath was initially hailed as a “pack of lies.”  William Golding’s, Lord of the Flies was passed over by more than 20 publishing houses before its first printing, and, yes, J.D. Salinger’s, The Catcher in the Rye, that venerable rite of passage for so many adolescents, was greeted with such accolades as, “Wholly Repellant,” “Amateur,” and “Predictable and Boring.”  Not too bad for a supposed clunker that has sold 65 million copies to date.

So, if we can’t rely on the critics to always get it right, then, who can we trust with our own edification?  How about, ourselves?  Clearly there were enough independent thinking readers and movie-goers that bucked the trend and took a chance on Salinger and Kubrick.  And the world is a better place for their perseverance.  Personally, I can think of fewer pleasures more rewarding than that of discovering on my own a gifted short story writer or a new shwarma joint.  Now, if only the Cleveland Browns can manage somehow to turn up on next year’s list of most improved sports franchises, I will truly be content.