I Figure You Have the Same Chance of

Winning the Lottery Whether You Play or Not. 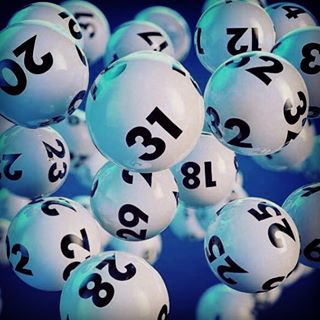 Unless you have been hibernating or serving some serious time in solitary confinement, by now you should have heard the results of the record-breaking Powerball Lottery jackpot of some 1.6 billion dollars.  That’s – billion!  That sum is probably higher than the GNP of some Third World countries.  So did you laugh, weep, or simply blurt out in frustration – WHY NOT ME?  If you are anything like me, you probably spent some serious moments daydreaming about what you would do with a piece of that pie.  But, are you really sure you want to be saddled with that kind of a financial burden?

According to CreditCards.com winning such an enormous windfall could actually ruin your life.  Be forewarned, friends and family members will line up to take advantage of your good fortune.  Relationships could be in serious jeopardy – many a marriage has fallen victim to the pressures of such newfound, unexpected wealth.  And, believe it or not, winners of these mega jackpots have an increased risk of bankruptcy.  As bizarre as that may sound, many of these prizewinners manage, somehow, to squander their entire fortune away.

Consider the case of William “Bud” Post whose own brother hired a hit man to knock him off in the hope of cashing in on some of the anticipated inheritance. Strangely enough, that may have been the least of Bud’s worries.  After winning a 16.2 million dollar lottery back in 1988, he found himself one million dollars in debt within a year.  Today he gets by on a monthly allowance of $450 dollars and food stamps.  You can’t make up this stuff if you tried.

Don’t think for a minute that such recklessness is confined to ditsy lottery winners.  Have you found yourself, at one time or another, angered or envious of some of these outrageous contracts that sports figures manage to command for themselves?  Well don’t.  There is a never ending trail of wealthy athletes who lose everything, to the point of becoming homeless, all by the ripe old age of 40 years.  The boxer, Mike Tyson, filed for bankruptcy in 2003 – you better sit down for this one – after blowing away 300 million dollars in earnings. On a more modest scale the basketball superstar, Allen Iverson, had little trouble frittering away his amassed fortune of $154.5 million, primarily by budgeting himself expenditures amounting to some $360,000 a month.  I can’t go on…

Okay, so what does such unabashed profligacy have to do with us levelheaded citizens?  Probably, nothing.  Your chances of winning a mega lottery are about 1 in 176,000,000.  Considering that your chance of siring identical quadruplets is 1 in 15 million, or that the odds of you becoming the president of the United States is a more manageable 1 in 10 million, it’s pretty safe to assume that neither you nor I will be making headlines anytime too soon.

Charles Dickens wrote in Our Mutual Friend, back in 1865, that:  “We have to recollect that money makes money.”  Might as well face it, most of us are destined to be mere spectators when it comes to shaking the proverbial money tree.  So, why do we keep on buying all those tickets – 635,103,137 to be exact for that last super Powerball Lottery?  Because, we like the odds – the higher the stakes the greater the thrill.  Just getting out of bed every morning is a gamble, so why not buy a ticket while we are at it?

Not much has changed over the years.  In the early 70’s Ontario introduced the Wintario Lottery.  One buck bought you the chance of winning the grand prize of $100,000.  Peanuts by today’s standards, but not too shabby a sum back then.  One of the earliest winners was a hard luck case who lived in my hometown of Hamilton.  He was a regular patron at the pawnshop next to my father’s clothing store.  When times got tough he would pawn his cherished violin – probably his only significant worldly possession.  If you really want to know why lotteries are so popular, just hang around a pawnshop for a spell.  You’ll see desperate people gambling their futures away on a daily basis – both figuratively and literally.  I still remember picking up the daily horse racing forms for the guys in the shop – chalk that up as part of my worldly education.  Anyway, our down-and-out violinist was one of the first to cash in on the Wintario Lottery.  Talk about a feel good story.  Now, take a wild guess how this scenario played out?  Yup.  After about one year of financial bliss our beloved maestro was back to hocking his violin.

What a loser.  Maybe. Maybe not.  As Ralph Kramden  ( from The Honeymooners, if you need to be reminded ) summed it up ever so succinctly after discovering that the spending spree he had just launched was bankrolled with counterfeit money:  “I had it, and I went with it…Easy come.  Easy go.”  Personally, I am up for the challenge.